As four New York City ninth-graders arranged soil, pebbles, plastic bags and tongue depressors in a clear box, they hoped their model levy would work better than the ones that failed New Orleans during Hurricane Katrina.

They watched with suspense one morning last week as water seeped through the dirt, and then celebrated when the levy seemed to block its path. Their teacher, Salvatore Puglisi, was cautious. “Come back in five minutes,” he said, “and see what happens.”

Unfortunately, the water broke through.

Studying disaster prevention and recovery might seem like a niche theme for a new high school. But the Urban Assembly School for Emergency Management in lower Manhattan reflects a growing brand of “career and technical” education, which aims to marry academic rigor with practical know-how, leading to middle-class jobs.

New York City’s expanding CTE roster has 51 dedicated public high schools, including 13 launched in the past two school years. They try to use training in specific professions, such as television production and graphic design, as a hook to excite students about learning so they pursue college—and equip the students with marketable skills if they don’t.

Supporters say CTE today is far more demanding than vocational tracks a generation ago, which were often seen as dumping grounds for students who couldn’t handle college-preparatory courses.

Phil Weinberg, a deputy chancellor at the New York City Department of Education, cites the High School of Fashion Industries in Manhattan to illustrate the changing emphasis. It was launched almost a century ago to prepare immigrants to work as seamstresses. Now it requires applicants to submit art or marketing plans and has a 92% graduation rate that far exceeds the city’s 68% rate, based on the city’s data.

These career-oriented schools focus on “the skills necessary to be a great thinker, a great citizen, a great student,” Mr. Weinberg said. “They are not vocational programs in any way, shape or form.”

Former Mayor Michael Bloomberg spurred their growth. While Mayor Bill de Blasio has reversed many of his predecessor’s education policies, this is one area where they agree.

Career and technical high schools are supposed to work with industry partners to provide students internships and tailor classes to employers’ needs. They are also expected to teach the Common Core, a set of standards adopted by New York and most states for essential skills to be mastered in each grade.

Seven of the city’s CTE high schools are run by Urban Assembly, a nonprofit network that aims to close achievement gaps.

“We’re looking for the kids having the toughest time,” said Urban Assembly Chief Executive Richard Kahan.“Our overall goal is to get everybody into the middle-class economy.”

At the UA New York Harbor School on Governors Island, for example, students learn to be commercial divers. At UA Maker Academy in lower Manhattan, they use 3-D printers to build prosthetic hands. And at the UA School for Global Commerce in East Harlem, they study freight logistics.

Some teachers say these options give students a real-world sense of purpose, and teenagers who feel useful are less likely to become discipline problems.

At the UA School for Emergency Management in lower Manhattan, which is in its second year, students have helped demolish homes wrecked by superstorm Sandy and signed people up for “Notify NYC,” which sends emails and text alerts about local emergencies. 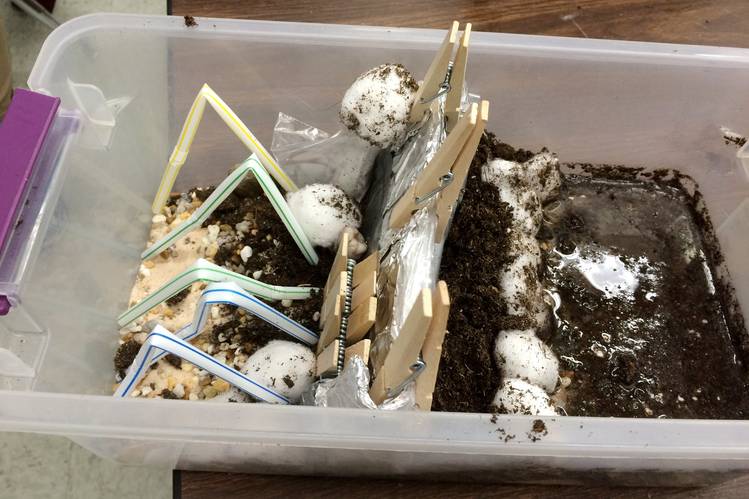 Several students said they hoped to become police officers or rescue workers. Yash Sharma, a 9th-grader, commutes for an hour and 20 minutes from his home in Jackson Heights, Queens, because he wants to be a firefighter.

The school helped him develop a “sixth sense” for potential hazards, he said, and he always tells authorities if he sees untended bags at train stations. “I like to look around my surroundings,” he said, “and see if anything could happen.”

Not all career-oriented schools succeed. Automotive High School in Brooklyn has been failing for so long state officials have threatened to take over or shut it down if it doesn’t improve soon. Last fall, city officials announced an overhaul and required teachers to reapply for their jobs.

Board of Regents Chancellor Merryl Tisch has pushed for more quality CTE choices. To encourage growth, the board announced in October that students can now swap an industry certification test in culinary arts, welding, accounting and other trades for one of the five Regents exams needed to get a diploma.

Many educators see promise in the model of P-Tech, or Pathways in Technology Early College High School, in Crown Heights, Brooklyn. The school even got a nod in President Barack Obama’s State of the Union speech in 2013. Its students can complete an associate degree in six years and are first in line for jobs atInternational Business Machines Corp., its corporate partner. IBM says 40 similar schools, working with many companies, will be operating in the fall nationwide.

Next month P-Tech’s first graduates will get their two-year associate degrees in computer systems technology. Three plan to pursue bachelor’s degrees and three will go to work at IBM.

Write to Leslie Brody at leslie.brody@wsj.com

To receive occasional updates regarding Urban Assembly programs, events and activities, please sign-up below for our e-newsletter.

Support Thousands of Students On Their Path to Career Success.